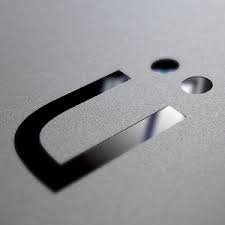 With a large manufacturing plant (spread throughout Atlantic Canada with 5 locations) Jentu sounds like a good fit for us. We have Wyse thin clients in all the plants, as well as desktops for support staff and some of the manufacturing equipment. The idea that we did not need hard drives in any of the computers and that there would be next to no latency sounded like a pipe dream.

I spoke with Ben first asking about the opportunity to have Jentu present at our SpiceCorps. He quickly put me on to Abraham and one thing led to another, and next thing I’ve got a server setup for Jentu and a couple of client computers without hard drives operating as if they had local SSD drives!

There is nothing but professionalism and top notch support from Andrew and Abraham. They were available to me to help with my convoluted segregated network to keep the Jentu server from providing DHCP to the rest of the production network. A consumer Linksys router did the job to keep them separate.

Unfortunately our busy time of year has started (we make boxes – think lots of beer and veggies and seafood this time of year) and I just ran out of time proving the concept. I hope to pick it up in the fall when things slow down.

I was totally impressed with Jentu and the support I received. Depending on what you’ve already heard about Jentu, forget it all. You really have to see it to believe it. There’s an old saying that if it sounds to good to be true, it probably isn’t. Jentu is the exception!

If anyone wants more clarification, don’t hesitate to ask me.

Tweets by JentuTech
A New Revolution

Jentu Appliance Has Passed Security Audit for Use in U.S. Government Instal...
Scroll to top