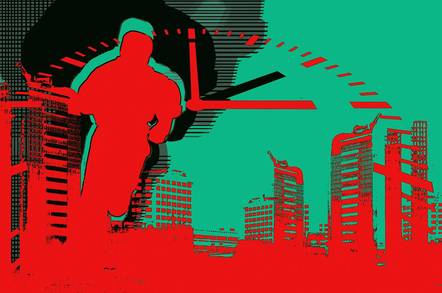 Contestants at this year’s Pwn2Own hacking competition in Vancouver just pulled off an unusually impressive feat: they compromised Microsoft’s heavily fortified Edge browser in a way that escapes a VMware Workstation virtual machine it runs in. The hack fetched a prize of $105,000, the highest awarded so far over the past three days.

According to a Friday morning tweet from the contest’s organizers, members of Qihoo 360’s security team carried out the hack by exploiting a heap overflow bug in Edge, a type confusion flaw in the Windows kernel and an uninitialized buffer vulnerability in VMware, contest organizers reported Friday morning on Twitter. The result was a “complete virtual machine escape.”

“We used a JavaScript engine bug within Microsoft Edge to achieve the code execution inside the Edge sandbox, and we used a Windows 10 kernel bug to escape from it and fully compromise the guest machine,” Qihoo 360 Executive Director Zheng Zheng wrote in an e-mail. “Then we exploited a hardware simulation bug within VMware to escape from the guest operating system to the host one. All started from and only by a controlled a website.”

Virtual machines are vital to the security of individuals and large organizations everywhere. In server hosting environments, they’re used as a container that prevents one customer’s data and operating system from being accessed by other customers sharing the same physical server. Virtual machines such as the VMware Workstation hacked Friday are also used on desktop computers to isolate untrusted content. Should the guest operating system be compromised through a drive-by browsing exploit or similar attack, the hackers still don’t get access to data or operating system resources on the host machine.

Any hack that can break out of a widely used virtual machine is generally considered significant. The one described Friday is made all the more impressive because it works by exploiting Edge, which is regarded among security professionals as one of most challenging browsers to exploit. Typically, such remote-code exploits require two or more vulnerabilities to be exploited in unison. The requirement appears to be why the Qihoo team combined the heap overflow exploit with the Windows kernel hack. The description sets up a scenario in which malicious websites can not only compromise a visitor’s virtual machine, but also the much more valuable host machine the VM runs on. At last year’s Pwn2Own, contestants didn’t attempt to target VMWare, an indication reliable exploits were probably worth more than the $75,000 prize that was offered at the time.

Friday’s success underscores the central theme of Pwn2Own, that no operating system or application is immune to hacks that thoroughly compromise its security.

“A virtual machine hypervisor is just another software-based isolation layer that can have vulnerabilities in it that permit attacks to break through,” Dino Dai Zovi, who is co-founder and CTO of Capsule8, which provides real-time threat protection for modern infrastructure, told Ars. “Isolation layers such as sandboxes, virtualization, and containerization all add more work for an attacker, but none are perfect. Defenders should always assume that they can be broken through with enough work by an attacker.”

Dai Zovi was the winner of a $10,000 prize 10 years ago, the first year Pwn2Own was held. He won it for an exploit that fully commandeered a MacBook Pro.

The VM escape came on the third and final day of the 2017 Pwn2Own hacking competition in Vancouver, British Columbia. Pwn2Own is organized by Trend Micro’s Zero Day Initiative group. The contest attempts to crudely replicate the workings of a real-world zero-day market by paying cash prizes for hacks that completely hijack computers running fully patched versions of widely used operating systems and applications. This year’s contest paid $233,000 on day one and $340,000 on day two. More details about the exploits that fetched those awards are here and here. Contest organizers and participants typically keep exploit details confidential until after the underlying vulnerabilities have been patched.

This post was updated to add exploit details provided by Qihoo 360.