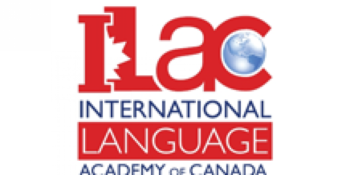 Jentu’s diskless computing platform is implemented in early 2015 to manage the desktops at their Yonge St campus. Prior to implementing Jentu the IT department spent approximately 16 hours per month managing the desktops in 22 classrooms. Since the Jentu implementation the amount of time required to manage the same amount of desktops has dropped to 1 hour per month, a reduction in desktop support of 90%. ILAC’s IT team is now able to focus their efforts on more strategic IT initiatives, rather firefighting desktop issues on a daily basis.

Jentu has not only reduced ILAC’s desktop IT support but the end users have noticed an increase in performance as well. As Christopher Diesenger, IT Director at ILAC reports:

“After the installation we were extremely happy to find the promised speed has been delivered and Jentu works just like the concept did, any tasks on the computers are extremely fast, as many users have given our team feedback (feels like SSD speeds). The network/internet speed seems be unaffected with our current group of computers running Jentu on our network and we have had no problems since implementation. We are thankful for the results delivered by the Jentu team”.

Jentu Technologies Inc. is a Canadian based software company that has developed a unique diskless computing platform to cost effectively satisfy the need for speed and security for the estimated 400 million desktop PC’s being used in corporations and government on a daily basis. In centralizing both the software and system administration of the PC population, business using Jentu are able to dramatically reduce the risk exposure of the network environment, provide better safeguarding around data, and reduce overall IT operational and capital costs.

A New Revolution
Scroll to top